Brazil's Ultra-Conservative Surge and the 2022 Presidential Elections: Is Bolsonaro Over Yet? 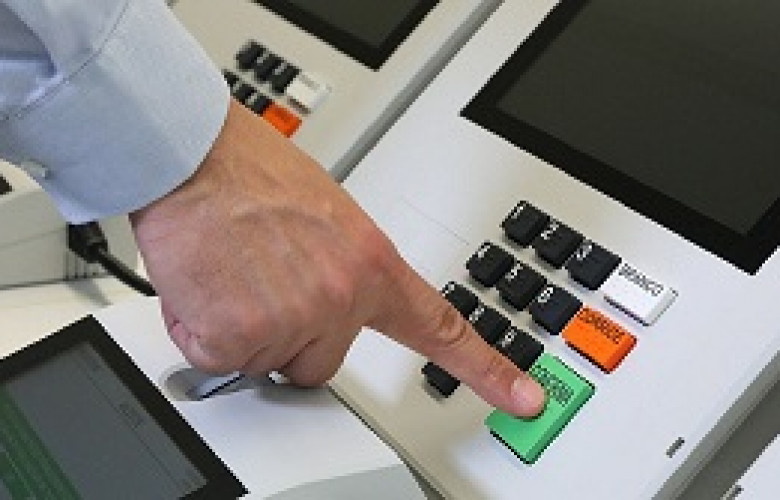 As the first round of Brazilian elections approaches, support for both parties remains closely matched. However, there is justified concern for the future of Brazil’s democracy

This year, Brazil’s presidential race is marred by abyssal political divides, threats of electoral violence, and continuous attacks on the electoral system by incumbent president Jair Bolsonaro. If Bolsonaro’s re-election bid is frustrated, there are increasing fears that his support base might stage a coup d’état or instigate disruption to the power transition similar to that seen in the United States (US) during the Capitol Hill attacks in January 2020. The “clash of political titans” between far-right President Jair Bolsonaro from the Liberal Party (PL) and left-leaning former President Luiz Inácio Lula da Silva from the Workers Party (PT) was foreseen, but political tensions will soar as the first-round of elections approaches in October. The current levels of political polarisation and fears of a democratic rupture have not been seen since Brazil’s re-democratisation period.

Increasing fears of a democratic rupture if Bolsonaro’s re-election bid is frustrated.

Throughout 2020, amid a pandemic, Bolsonaro supporters took to the streets, demanding an end to the state-led lockdowns and protesting High Court decisions that prosecuted Bolsonarist bloggers. The bloggers were investigated for spreading anti-democratic messages through social media, asking for a new AI-5 (Institutional Act number 1) – a measure taken by Brazil’s military regime in the late 1960s that scrapped citizen’s civil rights. During the protests there were chants for the closure of Brazil’s Congress and High Court. President Bolsonaro joined protesters, in complete disregard of the World Health Organization’s guidelines on social distancing. Throughout his administration, Bolsonaro relentlessly attacked decisions from the High Court and its ministers.

Last month, the website Metropolis revealed messages from a Brazilian WhatsApp group formed by Bolsonaro supporters disclosing a plot to stage a coup d’état if Lula wins the presidential race. This group, made up of businessmen, regularly attacked Brazil’s High Court and its ministers, the Electoral Tribunal (TSE), the electoral system as a whole, and any individuals opposing Bolsonaro’s political views. The leaking of such messages led High Court Minister Alexandre de Moraes to enact judicial orders confiscating their technological devices for further investigation. With an Orwellian tone, Bolsonaro and his supporters have deemed the ministers’ actions “anti-democratic” and “against freedom of expression.” President Bolsonaro argues that the High Court investigation is based on “lies,” although evidence released to the press says otherwise. Unashamedly, Bolsonaro casts aspersions on other High Court ministers, such as calling Luís Roberto Barroso “a criminal,” as well as disparaging ministers who supported a Democratic Manifesto promoted by the University of São Paulo. Bolsonaro’s disregard for Brazil’s political institutions is a matter of increasing concern for the country’s democratic future.

During this year’s 7 September celebrations, Brazilians commemorated the 200-year anniversary of independence. Hundreds of thousands took to the streets of Brasília, Rio de Janeiro, and São Paulo in support of President Bolsonaro’s re-election. The use of the presidential office for electoral purposes is a crime in Brazil. Lula has raised concerns regarding Bolsonaro’s tone during a national day of celebration and how it has been recalibrated for his own political aims.

Although Bolsonaro has a vehement anti-democratic narrative, his ultra-conservative views on family, the fact that he is a Pentecostal Evangelical, and his hypermasculinity could get him across the line for another term in office. Bolsonaro’s remarks on his sturdiness, sexual prowess, and that he would never be a homosexual (“imorrível, imbroxável, incomível”) speaks volumes to Brazilians’ consciousness, especially in the Northeastern region – historically Lula’s political strong hold. Surprisingly, Bolsonaro also enjoys strong support from ultra-conservative women. Parts of Brazil’s feminist movement reconciles traditional views of the family with female political activism. This is manifested through movements such as the women who support Bolsonaroamong the women representatives in the lower house, which today is composed predominantly of Bolsonaro supporters aligned with ultra-conservative views.

Remarkably, Brazil’s economy is recovering after the pandemic. Economic projections foresee an increase of 5.3 percent GDP next year. This is a result of Brazil’s neutrality to the Russian invasion of Ukraine. In June 2022, Bolsonaro sealed a deal with the Kremlin securing Russian fertilisers for Brazil. Thus, Brazil is not suffering the impacts of the Russian-Ukraine war. Brazil adopted a neutral posturing towards Vladimir Putin’s aggression in Ukraine, human rights violations, and the breach of international law. This is an issue unexplored by the opposition during the presidential race. All these factors, and Brazil’s “economic miracle” amid a global food security crisis, can well be game changers for the Bolsonaro camp, potentially securing him a second term in office.

Brazil’s 2022 presidential elections will draw a line in the country’s democratic future.

According to latest Data Folha opinion polls, Lula leads the presidential race with 45 percent of intended votes, followed by Bolsonaro with 34 percent, former Minister of Economy Ciro Gomes with seven percent, Simone Tebet with five percent, and Soraya Thronicke trailing behind with one percent. In recent polls, Lula has lost two points, whereas Bolsonaro has stagnated. If these figure hold, Brazilians would then vote on the top two candidates in a second round of elections, which significantly increases Bolsonaro’s chances of re-election. Although Lula enjoys huge support from the Brazilian population, he is also widely rejected by voters because of the Operation Car Wash scandals. These scandals led to Lula’s imprisonment in 2018 due to corruption allegations. Although Lula’s involvement with the Operation Car Wash is highly questionable, as well as whether his trial was a fair one, the far-right’s “Lula ladrão” (“Lula thief”) narrative continues to haunt Lula. The far-right believes the High Court decision leading to Lula’s release from prison was political and therefore illegitimate. This political poison continues to be spread during this presidential campaign. Given Brazil’s huge social divides and high levels of illiteracy, such rhetoric might jeopardise Lula’s bid for another term.

Although some acknowledge Bolsonaro’s flaws and his attacks on Brazil’s institutions, in a second round of elections many Brazilians would refuse to vote for Lula. These voters tend to be college educated and are part of Brazil’s elite or middle class. Their “protest vote” is represented through the support of Ciro, Tebet, and Thronicke. In a second round of elections, these voters are likely to tip the balance in favour of Bolsonaro.

With Brazil’s ultra-conservative surge, Bolsonaro’s ability to capitalise on Brazil’s hypermasculine views, Catholic values, traditional views of the family, and the country’s “economic miracle” amid a global food security crisis will give him a strong advantage. Despite Bolsonaro’s disregard for the protection of human rights, the rule of law, and Brazil’s democratic institutions, a significant number of Brazilians identify with Bolsonaro’s toxic masculinity and his traditional views of the family.

Who will win Brazil’s presidential contest, however, is yet to be known. It is certain that the eyes of the international community are attentively observing these cataclysmic elections to see whether Brazil’s democracy is sufficiently robust to survive them.

Flavia Bellieni Zimmermann is a Lecturer at the University of Western Australia, Department of Politics, Society and Policy. She is a Brazilian political analyst and has written extensively in this field. Her research interests include Brazilian politics and society, Latin American politics, populism and nationalism, women in the global south, gender, politics and religion.

This article is published under a Creative Commons Licence and may be republished without attribution.