This article first appeared on The conversation 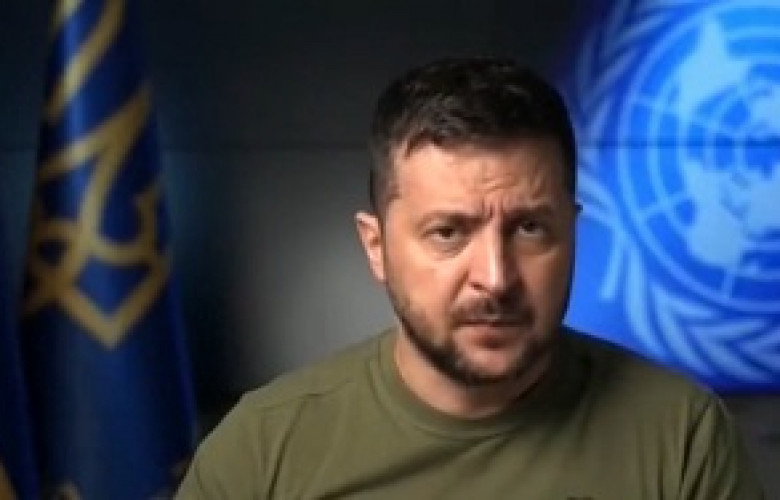 In a landmark speech to the United Nations (UN), the Ukrainian president, Volodymyr Zelensky, demanded that Russia and other aggressors should be stripped of their veto power in the UN security council Echoing his calls for UN reform earlier this year, Zelensky lamented that much talk about UN reform in the past has led nowhere. He called for an expansion of representation to those who remain unheard.

Also speaking before the UN general assembly yesterday, the US president, Joe Biden reaffirmed the US commitment to UN reforms. He said: “The time has come for this institution to become more inclusive so that it can better respond to the needs of today’s world.”

Vetoes in the UN security council should only be used “in rare, extraordinary situations, to ensure that the council remains credible and effective”. He went on to suggest that permanent and non-permanent seats in the council should be given to “countries in Africa, Latin America, and the Caribbean”, among others.

International survey on UN reform
In a recent article, published in International Studies Quarterly, my colleagues and I explored what citizens around the world thought about such proposals for UN reform as have been made by Zelensky, Biden, and others for decades. My co-authors Mathias Koenig-Archibugi (London School of Economics), Luis Cabrera (Griffith University) and I surveyed people in six countries: Argentina, China, India, Russia, Spain, and the United States.

We found widespread public support for increasing – or at least maintaining – UN authority over member states and for making its structures more directly representative of citizens around the world. Our findings thus show that citizens support decades-old calls for a more powerful and democratic UN.

In our survey, we asked respondents to choose between different combinations of UN design features. These include decision-making procedures, the question of how binding UN resolutions should be, and to what extent the UN should be able to enforce them.

We also asked about sources of funding, if member states should be free to pay, obliged to pay, or if the UN should even be allowed to tax multinational corporations. As in this example, we gave respondents different options that would expand the UN’s powers or make it more representative, reduce powers or representativeness, or maintain the status quo.

We found that respondents tended to support strengthening or at least maintaining the current authority level of the UN, and making its structures more representative of the world population.

Here’s one example. At the moment, UN decisions are binding on every UN member state only on matters of international peace and security. Our survey shows that respondents support making decisions on important environmental and economic matters binding as well. In contrast, the option of decisions applying only to those states that voluntarily accept them is the most unpopular proposal across all survey countries.

The latter two suggestions tally with a proposal of the international Campaign for a UN parliament. They were favoured by our respondents over the first option, which represents the status quo where the highest decision-making bodies of the UN include only diplomats who work for the foreign ministries. What’s more, our respondents clearly preferred a second chamber with directly elected representatives to one with national parliamentarians.

We found that diverging views on UN reforms are associated with personal political values such as cultural libertarianism versus traditionalism (which we proxied by asking for respondents’ views on homosexuality). Responses also differed between citizens of countries that have permanent seats on the UN security council and those that do not.

For instance, citizens of the permanent five member states of the security council (in our survey, China, Russia, and the United States) on average preferred to maintain their governments’ veto in the council. But citizens of other countries (in our survey, Argentina, India, and Spain) tended to be significantly less supportive of maintaining the veto of the current permanent members.

But citizens of both groups of countries agreed on extending veto powers in the security council to other important UN member states. This is a highly relevant finding for the proposals made by Biden and Zelensky. The world wants UN reform
Our survey showed that often the most popular option was not the one represented by the current UN. On the whole, we found that public opinion leaned toward the positions of those reform advocates who have called for the UN and related global institutions to move closer to the ideals of cosmopolitanism and supernationalism (broadly speaking, the idea of governing the world as a whole through institutions above the level of nation states).

Our findings are consistent with recent research that highlights the importance of institutional design features to public perceptions of the legitimacy of international institutions.

People around the world are often portrayed as hostile to international institutions and keen to loosen constraints on national leaders. Our survey disproves that perception.

Far from supporting attempts to weaken and undermine the UN, they want this global organisation to have more power to address today’s security, environmental, and economic challenges. But they also want to choose who represents them at the centre of the UN, rather than relying entirely on their governments for that.

UN secretary-general António Guterres wants this year’s plenary session to be “a moment of transformation”. Zelensky, meanwhile, has called on member states “to do everything in our power to pass on to the next generations an effective UN” with the ability to prevent security challenges and thus guarantee peace.

Our research shows that such reform calls are supported by people around the world – including citizens from some of the most powerful UN member states.