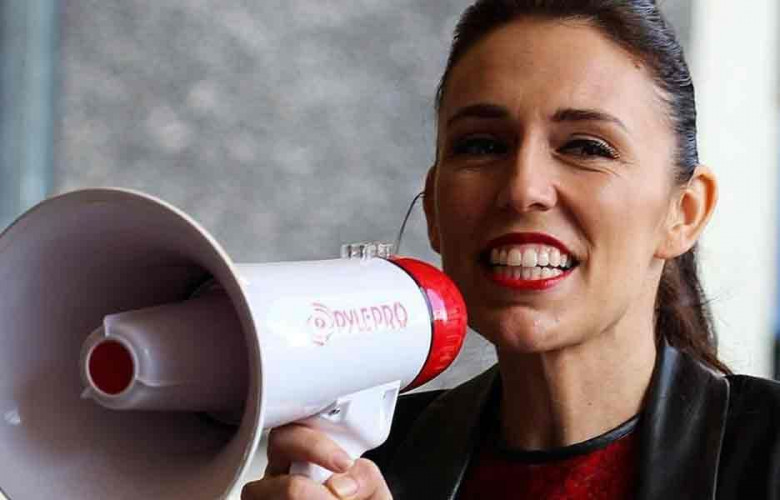 New Zealand’s lock-step response with Australia to a new security deal between Solomon Islands and China shows just how much has changed over the past year. 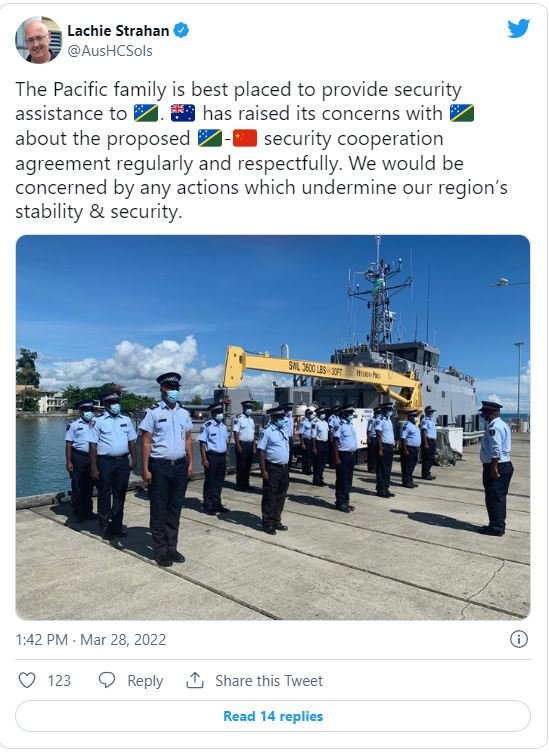 It is true that the ‘Pacific family’ language was not particularly new or unusual – and the Pacific Forum used similar phrasing in its 2000 ‘Biketawa’ Declaration that focused on regional co-operation after the Fiji coup.

But the ‘this is our backyard’ wording was a far less natural way for a New Zealand Prime Minister to talk about the Pacific. And to some, the ‘backyard’ phrasing might come across as simply the Australasian version of a sphere of influence.

Ardern later clarified that ‘we do need to acknowledge this is a sovereign nation making a decision around its own security relationships.’

Nevertheless, the repetition of Australia’s Pacific family and backyard lines – and Ardern’s unusually strident tone in criticising the deal – appeared to be driven by a desire to show unity between Australia and New Zealand when it comes to China.

In recent weeks, US President Joe Biden has heavily emphasised the need for unity throughout the West.

This emphasis is of course driven mainly by Russia’s war on Ukraine, but Moscow represents only one front in what is rapidly becoming a new global Cold War between East and West.

Biden’s landmark speech in Poland at the weekend was often deliberately generic – despite headlines later focusing on his apparently off-script, ‘this man cannot remain in power’ call for regime change in Russia.

Biden told a crowd in Warsaw – and a global audience watching on TV – that the world faced a ‘great battle for freedom: a battle between democracy and autocracy, between liberty and repression, between a rules-based order and one governed by brute force.’

The US President later added ‘the democracies of the world are revitalized with purpose and unity’ and concluded by saying that it was essential for the ‘world’s democracies’ to ‘maintain absolute unity.’

Against this backdrop, it is not surprising that Ardern chose her words very carefully and backed Australia up.

Meanwhile, foreign minister Nanaia Mahuta followed up on her own initial sharp criticism of the deal with an even more hardline statement on Tuesday that expressed New Zealand’s ‘strong condemnation’ of the deal.

New Zealand’s demonstration of unity with Australia over China is a major shift from just a year ago.

In April 2021, Nanaia Mahuta ruffled feathers when she sought to put some daylight between New Zealand and Australia when it came to the countries’ positions on China.

The foreign minister said she was ‘uncomfortable with expanding the remit of the Five Eyes’, after New Zealand had been absent from joint statements on Hong Kong and the origins of Covid-19.

Mahuta’s admission sparked a vociferous debate over New Zealand’s stance towards China, during which Jacinda Ardern was called the ‘West’s woke weak link’ by a British journalist and an Australian TV programme asked whether New Zealand was becoming ‘New Xi-Land’.

Ardern and Australian Prime Minister Scott Morrison tried to paper over the apparent differences of opinion with a carefully choreographed summit in Queenstown at the end of May 2021.

But questions resurfaced in September when the new Aukus alliance between Australia, the United Kingdom and United States was announced – and Ardern revealed she had not been consulted about it.

Fast-forward to 2022 and New Zealand is finding common cause with the West over Ukraine.

Ardern announced on Monday – at the same post-Cabinet press conference at which she criticised the China-Solomons deal – that New Zealand would send nine New Zealand Defence Force members to the United Kingdom and Belgium to assist with the Ukraine war effort.

In numbers terms, the contribution is tiny – even by New Zealand standards.

New Zealand’s contributions from 2015 onwards to NATO’s Resolute Support Mission in Afghanistan and the ‘Defeat ISIS’ coalition in Iraq and Syria were much larger.

Now the threshold has been crossed, the exact numbers and configuration can always be modified later – as was often done with New Zealand’s contributions in Afghanistan.

The dispatch of the NZDF personnel is Ardern’s fourth announcement on support for Ukraine in as many weeks, following previous statements on sanctions, humanitarian visas and the supply of defensive military equipment.

The constant flow of announcements of support for Ukraine shows – as Ardern put it on Monday – that New Zealand is ‘playing its part’.

If tensions continue to heat up in the Pacific, the idea of New Zealand even joining a more formal Western military alliance cannot be discounted.

New Zealand has largely patched up its relations with the United States since Washington suspended its obligations to Wellington under the ANZUS treaty in 1986, after the Fourth Labour Government introduced a nuclear-free policy and refused entry to a US warship.

But New Zealand’s only current formal defence ally is Australia.

The historical sensitivities might make a return by New Zealand to the ANZUS fold seem highly unlikely – and it probably is.

There are also other options, such as an expanded Aukus pact, or a new alliance altogether.

New Zealand has often been suggested as a potential member of an expanded Quadrilateral Security Dialogue (or Quad) grouping that currently consists of Australia, India, Japan and the US.

Joe Biden is a notable supporter of the Quad format and hosted an inaugural in-person leaders’ summit in September 2021.

New Zealand attended a prototype ‘Quad Plus’ meeting in March 2020 that was focused on Covid-19 relief, alongside South Korea and Vietnam.

If Quad Plus is developed further, it might be a more natural grouping for New Zealand to join.

Russia’s invasion of Ukraine has changed the world’s geopolitical order.