This article is republished under a Creative Commons CC BY-ND 4.0  license. It originally appeared on The Democracy Project. 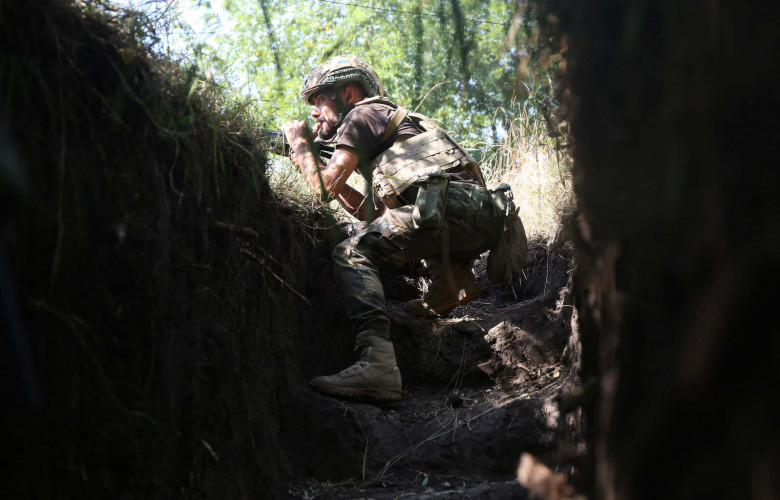 Russia’s invasion of Ukraine changes everything – for the world, but also for New Zealand.

Prime Minister Jacinda Ardern said today that Russia’s invasion was ‘wrong and they will face the condemnation of the world.’

Within two hours of Russia’s strike on Ukraine on Thursday, foreign minister Nanaia Mahuta issued a statement condemning it.

That early statement was cautious.

But she also avoided using the word ‘invasion’ – instead referring to Russia’s assault on Ukraine as an ‘advance.’

It soon became clear that Russia’s actions against Ukraine could only be called an invasion.

A late-night joint statement from Ardern and Mahuta updated New Zealand’s language to say exactly that.

The Prime Minister called Russia’s actions an ‘unprovoked attack’, while the foreign minister said Moscow must now ‘face the consequences of their decision to invade’.

These are lower-level retaliation measures that fall short of being formal sanctions.

But under New Zealand’s current laws, it is all that Wellington can do to punish Moscow.

Unlike most other Western countries, New Zealand does not have its own formal sanctions mechanism.

Historically, there have been good reasons for this.

New Zealand’s approach has been to rely on the enforcement of UN sanctions, rather than going it alone.

This is in line with New Zealand’s multilateralist approach, but not having an autonomous sanctions regime also avoids constant pressure from partners to take sides.

Independence in foreign policy has been New Zealand’s hallmark ever since Washington angrily suspended its obligations to Wellington under the ANZUS defence treaty in 1985.

The US move came after New Zealand’s Fourth Labour Government adopted a nuclear-free policy and refused entry to a US warship.

Over time, New Zealand has rebuilt its relations with the United States – but it has arguably also become China’s best friend in the West.

Not having the ability to introduce sanctions – which has helped New Zealand to avoid spats with undemocratic regimes – has been part of this strategy.

Indeed, New Zealand’s pathway over the past 30 years since the end of the Cold War has been to ride the waves of globalisation.

Wellington has been happy to develop trade and diplomatic ties with just about any country – democracy or dictatorship.

To date, this has given New Zealand options and overall has served the country well.

But the pressure is now on for New Zealand to fall in line with the West.

Russia’s invasion of Ukraine is of such a scale and ferocity that New Zealand is under pressure to respond accordingly.

This is the case even though the harshest sanctions imposed by Wellington will be of little practical consequence to the Kremlin, given New Zealand’s size and minimal ties with Russia.

New Zealand could probably make more of a difference in the current situation by working on the diplomatic track behind the scenes.

War can now no longer be averted, but a ceasefire and a return to the negotiating table would stop further lives from being lost.

Nanaia Mahuta last week sought a meeting with Russian foreign minister Sergey Lavrov – and she should continue to do so.

Diplomacy is needed now more than ever.

But from the perspective of New Zealand’s Western partners, this is a ‘with us or against us’ moment.

Jacinda Ardern said today that autonomous sanctions are ‘just one lever that New Zealand can pull.’

But she also said that she would ‘get advice as to the additional tools that we can use’ and would not rule out introducing an autonomous sanctions regime that could be used to punish Russia.

Labour has a majority in Parliament and has the numbers to rush legislation through Parliament under urgency if it chooses to do so.

The Opposition is also guaranteed to support it – National has been calling for an autonomous sanctions regime for some time.

A member’s bill by Gerry Brownlee that would have introduced one was blocked by Labour last year.

But if it is introduced, an autonomous sanctions regime could be the beginning of the end for the independent foreign policy strategy that New Zealand has pursued since the 1980s.

China’s position on Russia and Ukraine is more nuanced than most realise – and Beijing’s emphasis of sovereignty and non-interference means that it is unlikely to endorse Vladimir Putin’s invasion of Russia’s neighbour.

Jacinda Ardern said in her remarks today that she would make ‘no assumption’ on the position that individual countries would take.

Russia has to sell its exports somewhere – and China is the only likely major buyer.

A further rupturing of the fault-line between East and West is a likely outcome.

This was growing even well before Russia’s invasion of Ukraine began.

For New Zealand, this reshaping of the geopolitical landscape carries enormous risks.

But New Zealand will also feel the fallout and knock-on impact from Russia’s invasion of Ukraine.

This article originally appeared at The Democracy Project.