The subtext of the country’s new security strategy reveals a regime beset by suspicion and insecurity.

“The weak get beaten,” declared Russian President Vladimir Putin in 2004 after the Beslan tragedy.

It is not a revolutionary document, but builds on familiar themes identified in its 2015 predecessor, produced in the aftermath of the 2014 Ukraine crisis, and Russia’s estrangement from the United States and Europe.

Yet it’s more than an update: there are revealing changes in substance and tone. The Strategy details, in forceful and strident terms, the panoply of threats facing Russia much more explicitly than the preceding document. It reveals the Kremlin’s comprehensive view of national security, encompassing not only national defence but also economy and trade, science and technology, environment, public welfare, and culture. To this is added information security.

The Strategy describes a world undergoing transformation, with growing geopolitical instability and tensions, and weakened multilateral institutions. Unsurprisingly, the United States is blamed for these tensions, and accused of trying to preserve its hegemony amid shifting global power balances and a “weakening of the Western liberal model”.

Russia, meanwhile, is cast in the familiar role of victim. The narrative of growing pressure from the United States and its allies, seeking to contain and undermine Russia, is woven throughout the Strategy. There’s no reason to anticipate any early change in Moscow’s combative and truculent approach to relations with the West (TASS/Kremlin.ru)

Meanwhile, the Kremlin perceives efforts to portray a “hostile image” of Russia abroad, falsifying and distorting world history, and Russia’s place in it. Russia is “unreasonably accused of violating its international obligations, conducting computer attacks and interfering in other countries”.

What does the Strategy tell us about Russia’s future security settings? Expect more of the same – if not worse.

The “securitisation” of all aspects of national life in Russia reveals the underlying suspicions and insecurity of the regime, seeing foreign-inspired threats everywhere and in everything. The Kremlin’s mindset has hardened. There’s no reason to anticipate any early change in Moscow’s combative and truculent approach to relations with the West. Instead, Russia is doubling down.

This doesn’t rule out limited cooperation in areas Moscow considers expedient – for example, nuclear arms control or climate change, on which the Strategy confirms a shift in the Kremlin’s position, with greater recognition now of the risks these pose. But it’s likely to be the exception, not the rule.

Beyond sustained moves to expand and upgrade Russia’s military capabilities, efforts will continue to strengthen Russia’s domestic resilience and capabilities, reducing reliance on imported products and technology. Expect, then, further moves by Russia to insulate itself from sanctions by increasing food self-sufficiency. Moscow will aim to modernise its industry and agriculture by moving up the processing value chain and integrating domestic technology. And Russia will try to reduce its exposure to the US dollar-dominated financial payments system, and impose stricter controls on foreign investment.

While the Kremlin may engage with the United States on cybersecurity issues, there’s unlikely to be much let up in Russia’s information warfare with Western countries – seeking to undermine the adversary from within. 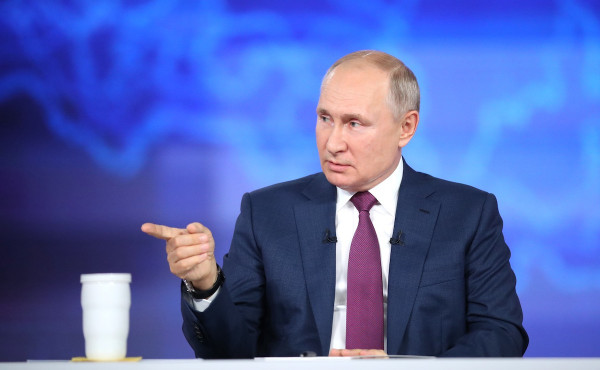 Next, developing both the “comprehensive partnership and strategic interaction with China” and the “particularly privileged strategic partnership with India” – including the creation of “reliable mechanisms to ensure regional security and stability on a non-aligned basis”.

The bracketing of China and India signals the geopolitical balance (and hedge?) Moscow aims to strike in these relationships. And including both China and India in the context of Russia’s long-standing call for creating an effective but non-aligned regional security framework underscores Moscow’s rejection of the Quadrilateral Security Dialogue (the Quad) concept.

Deepening cooperation within non-Western multilateral groupings, including the BRICS economies, the Shanghai Cooperation Organisation and the Russia-India-China trilateral format is prioritised.

It’s significant too that, unlike in 2015, Antarctica is referenced among Russia’s priorities, alongside the Arctic.

But the absence of specific reference to relations with either the United States or the European Union, also unlike 2015, is telling. It indicates the Kremlin’s low expectations of any improvement in these relationships.

What this latest National Security Strategy tells us, then, is Russia will continue to assert vigorously its power, influence and relevance globally, often in ways that make it a prickly and challenging partner for Western countries.