The ADF could be doing much more with artificial intelligence 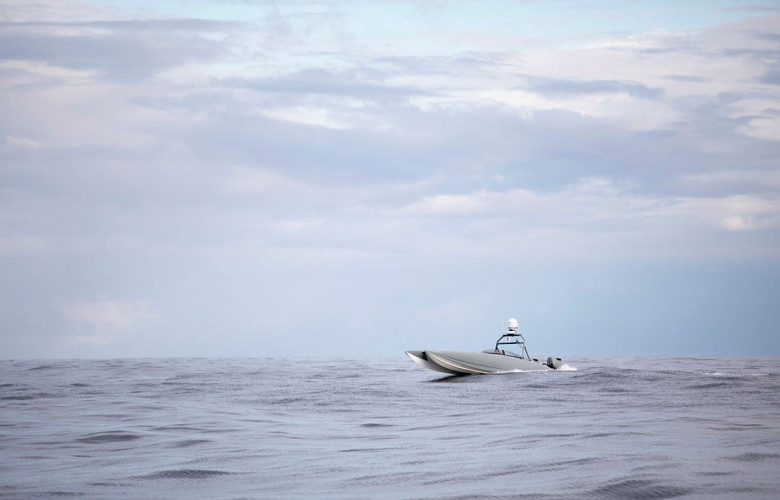 AI is now beginning to interest the world’s defence forces, but the military comes late to the game. Given this, defence forces globally are fundamentally uncertain about AI’s place in warfighting. Accordingly, there’s considerable experimentation in defence AI underway worldwide.

This process is being explored in a new series sponsored by the Defense AI Observatory at the Helmut Schmidt University/University of the Federal Armed Forces in Germany. Unlike other defence AI studies, the series is not focusing solely on technology but instead is looking more broadly across what the Australian Defence Force terms the ‘fundamental inputs to capability’. The first study examines Australian defence AI, and another 17 country studies have already been commissioned.

The ADF conceives of AI as mainly being used in human–machine teams to improve efficiency, increase combat power and achieve decision superiority, while lowering the risk to personnel. For a middle power, Australia is following a fairly active AI development program with a well-defined innovation pathway and numerous experimentation projects underway.

There is also a reasonable level of force structure ambition. The latest major equipment acquisition plan, covering the next 10 to 20 years, sets out six defence AI-relevant projects, one navy, one army, three air force and one in the information and cyber domain. Even in this decade, the AI-related projects are quite substantial; they include teaming air vehicles (with an estimated cost of $9.1 billion), an integrated undersea surveillance system ($6.2 billion), a joint air battle management system ($2.3 billion) and a distributed ground station ($1.5 billion).

Associated with this investment is a high expectation that Australian AI companies will have considerable involvement in the projects. Indeed, the government recently added AI to its set of priorities for sovereign industrial capability. The Australian defence AI sector, though, consists mainly of small and medium-sized companies that individually lack the scale to undertake major equipment projects and would need to partner with large prime contractors to achieve the requisite industrial heft.

There are also wider national concerns about whether Australia will have a large enough AI workforce over the next decade to handle commercial demands, even without Defence drawing people away for its requirements. Both factors suggest Defence could end up buying its AI offshore and rely principally on long-term foreign support, as it does for many other major equipment projects.

An alternative might be funding collaborative AI developments with the US. A harbinger of this may be the Royal Australian Navy’s new experimentation program involving a recently decommissioned patrol boat being fitted with Austal-developed autonomous vessel technology featuring AI. Austal is simultaneously involved in a much larger US Navy program fitting its system to one of the company’s expeditionary fast transport ships, USNS Apalachicola, currently being built. In this case, Austal is an Australian company with a large US footprint and so can work collaboratively in both countries. The RAN, simply because of economies of scale, is probably more likely to adopt the US Navy variant rather than a uniquely Australian version.

The outlier to this acquisition strategy might be the Boeing Australia Ghost Bat program that could see AI-enabled, ‘loyal wingman’ uncrewed air vehicles in limited ADF service in 2024–25, before the US. The US Air Force is running several experimentation programs aiming to develop suitable technologies, some of which also involve the Boeing parent company. There’s a high likelihood of cross-fertilisation between the Australian and US programs. This raises the tantalising possibility of a two-nation support system of a scale that would allow the Australian companies involved to grow to a size suitable for long-term sustainment of the relevant ADF AI capabilities. This possibility might be a one-off, however, as there seem to be no other significant Australian defence AI programs.

Australia collaborating with the US on AI or buying US AI products can ensure interoperability. But in seeking such an objective there’s always a tension between each Australian service being interoperable with its US counterpart or instead across the ADF. This tension is likely to remain as AI enters service, especially given its demands for task-related big data.

Interoperability and domestic industry support are traditionally important issues, but they may need to be counterbalanced by emerging geostrategic uncertainties and ADF capability considerations. Australia is worried about the possibility of conflict in the Indo-Pacific region given Chinese assertiveness coupled with the example of Russia’s invasion of Ukraine. To offset the numerically large military forces of the more bellicose Indo-Pacific states, some advocate developing a higher quality, technologically superior ADF that can help deter regional adventurism.

In being a general-purpose technology, AI can potentially provide a boost across the whole ADF, not just one or two elements within it. But such a vision is not what is being pursued. Defence’s current AI plans will most likely lead to evolutionary improvements not revolutionary changes. AI is envisaged as being used to either enhance, augment or replace existing capability; this approach means the future ADF will do things better, but it won’t necessarily be able to do better things.

A revolution in Australian military affairs seems unlikely under current schemes. For that, defence AI would need to be reconceptualised as a disruptive technology rather than a sustaining innovation. Embracing disruptive innovation would be intellectually demanding and, in suggesting the adoption of unproven force structures, could involve taking strategic risks. These are reasonable concerns that would need careful management.

Against such worries though, China looms large. The strategically intelligent choice for the ADF might be embracing disruptive AI.