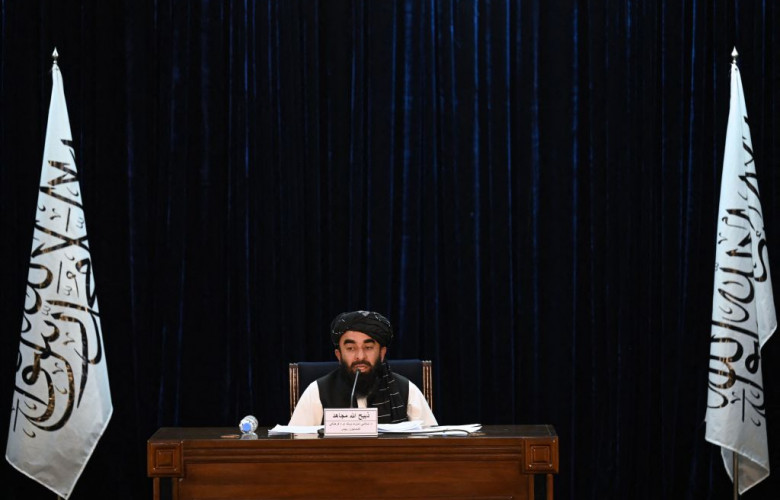 The world, including countries with major stakes in Afghanistan, has come to terms with the return of the Taliban to power

Now the Taliban must come to terms with the world. However, both internal and external pressures are likely to make that exceedingly difficult.

The Taliban is not as cohesive a force as it appeared to be during the war against the Americans and the Kabul government. What kept its various factions together was the common objective of throwing out the foreigners and ousting their ‘puppet’ regime. Now that the goal has been reached, the fissures are expected to surface.

The principal split is between the more moderate, Doha-based external leadership of the Taliban that negotiated the American withdrawal and the hardline commanders in Afghanistan and their ideological allies. The membership of the interim government denotes that the hardliners, the Kandahari faction, have won out over the Doha group.

The leader of the Doha faction, Mullah Abdul Ghani Baradar, who was the chief negotiator with the US and tipped to head the government, has been relegated to the number two position. The government includes Sirajuddin Haqqani, the leader of the Haqqani Network supported by Pakistan’s Inter-Services Intelligence agency. The network has been designated a terrorist organisation by the United States and the United Nations.

The constitution of this hardline interim government is expected to have significant implications for Kabul’s foreign policy as well.

The continued presence of al-Qaeda in Afghanistan and on its borders with Pakistan and the emergence of Islamic State Khorasan (IS-K) pose major problems for the Taliban’s foreign relations. While spokesmen have assured the international community that the Taliban will not allow Afghan territory to be used as a base for international terrorism, most foreign governments are sceptical of such assurances given the longstanding linkage between the Taliban and al-Qaeda.

Many IS-K leaders are former Taliban members disenchanted by its perceived moderation because of its contacts with the US, and they pose a direct challenge to the Taliban’s authority and legitimacy. IS-K has accused the Taliban of being an agent of the Americans and claimed that its takeover of Afghanistan is part of an American-made plan.

The presence of al-Qaeda, and especially IS-K, immensely complicates the Taliban’s attempt to sell itself to the world as a reformed organisation. If the Taliban goes too far in accommodating Western concerns to get international assistance for its decrepit economy, IS-K could pose serious challenges to its legitimacy as an Islamic regime.

But a hardline Taliban government is likely to alienate not just the Western powers but also important neighbours such as China, Russia and Iran that have major strategic and economic stakes in Afghanistan.

China seems to be eyeing Afghanistan as an economic prize in the context of its Belt and Road Initiative, especially because of the country’s vast and largely unexploited mineral reserves. However, a radical regime next door that’s committed to aiding Muslims in distress around the world is likely to be seen by Beijing as a grave security threat because of its own near-genocidal policies targeting Uyghurs in Xinjiang.

Afghanistan already harbours Uyghur militants of the East Turkestan Islamic Movement. This is likely to be a bone of contention between Beijing and Kabul despite the Taliban’s declaration that they are committed to having friendly relations with China.

Russia is in a similar quandary. Like China and Iran, it has been gloating over America’s humiliating departure from Afghanistan. President Vladimir Putin’s envoy to Afghanistan, Zamir Kabulov, called the Taliban a ‘far more trustworthy partner than the puppet government in Kabul’. Nevertheless, the Taliban’s connections to Chechen and other Muslim separatists within Russia, and to Uzbek militants, as well as its radical Islamic ideology, have Moscow worried.

The danger of Afghanistan sliding into chaos as a result of infighting among the Taliban and/or the emergence of challenges to its regime in the north of the country has Russia concerned as it may open the way for IS-K and al-Qaeda to find footholds close to Russia’s borders that they may use to destabilise Central Asian states allied with Moscow.

Iran is in a comparable situation. Happy at Washington’s humiliation, Iranian President Ebrahim Raisi welcomed the Taliban victory, declaring, ‘America’s military defeat must become an opportunity to restore life, security, and durable peace in Afghanistan.’ Iran also resumed fuel exports to Afghanistan at the latter’s request in a sign that, with the Americans gone, economic cooperation between the two countries is likely to expand.

However, Tehran is also deeply worried given the Taliban’s earlier treatment of Afghanistan’s Shia minority and its visceral animosity towards Tehran itself. Iran almost went to war with the Taliban in 1998 after the Taliban killed 10 Iranians, most of them diplomats, in the city of Mazar-i-Sharif.

If unreformed ideologues take control of the Taliban regime again it could pose a direct threat to Iran’s security because of their instinctive hatred of the Shia. To face this contingency, Iran has in reserve several thousand well-trained members of the Fatemiyoun Brigade, which is composed of Afghan Shia refugees who fought in Syria on Bashar al-Assad’s behalf. It can unleash them on the Taliban if relations with Kabul deteriorate.

Pakistan, the Taliban’s principal supporter, also finds itself in a bind. The Pakistani government, especially the military, welcomed the Taliban victory for strategic reasons related to its continuing confrontation with India. But it is apprehensive about the blowback it may face in terms of the reinvigoration of extremist militant activities, especially by the Pakistani Taliban. For Pakistan, the Taliban victory is a double-edged sword.

All of Afghanistan’s neighbours must juggle the positives and negatives they see in the Taliban’s return. More importantly, the Taliban regime faces the dilemma of balancing the pragmatic instincts of the Doha group with the ideological commitment of the hardliners. Given the internal tensions within the regime and the multiple demands on its meagre policymaking resources, one wonders if it will be able to manage this intricate balancing act. If it fails, it could drag the entire region into a series of major conflicts.