Towards a multipolar order post-pandemic

This article first appeared on The East Asia Forum 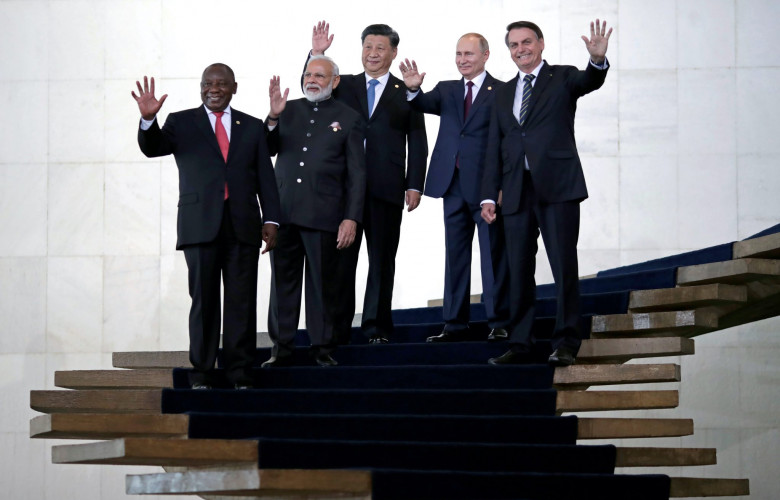 Not since the end of the Cold War has the concept of multipolarity been more salient as the global community grapples with COVID-19.

The pandemic is a threat multiplier, cascading from a health and socio-economic crisis to a political and security crisis as countries turn inward and adopt more populist and nationalistic policies. Since the outbreak of the pandemic, the call for global solidarity and deeper multilateral efforts to combat it has gained momentum across the globe.

Political leaders in Asia have joined the global community in stressing the importance of collective action against this shared threat, but evidence of greater multilateral cooperation has not met expectations. The absence of global leadership amid major-power rivalry has resulted in a doubling down on self-interest rather than collaboration. Meanwhile, the rigidity of the world’s multilateral institutions makes them no longer fit for purpose in dealing with 21st century economic and security challenges.

Despite this, a reinvigorated multilateral system remains the only way for the international community to respond to transnational threats such as climate change and pandemics.

Much has changed in the multipolar order that defined international political and economic relations after the Cold War. While international politics is still influenced by superpower rivalry — this time between the United States and China — expanded ‘poles’ of power and influence have appeared as the European Union and emerging economies like Brazil, Russia, India, China and South Africa (the BRICS) hold increased economic clout.

The extent to which these poles have the power to influence the international economic order depends on how coherent their interests are in effecting change in the global economic agenda. BRICS countries for example, have pushed to reform institutions like the IMF to gain more voting rights but so far with only limited success.

The expansion of the G7 to the G20 is another indication of the realignment of interests among the diverse set of actors which intend to shape the contours of a new economic architecture. These changes have led to the notion of a ‘G-Zero’ world where no single country or bloc of countries has all the political and economic power to drive the international agenda.

Regions now play an increasingly important role due to the ‘spaghetti bowl’ of regional free trade agreements (FTAs), including the Asian mega-FTAs like the Comprehensive and Progressive Trans-Pacific Partnership (CPTPP) and the Regional Comprehensive Economic Partnership (RCEP). Though Japan and ASEAN countries are taking the lead in the CPTPP and RCEP respectively, the diverse interests of member states mean that the goals of each trade bloc are diverse.

It’s still unclear how a big power like China might wield influence over RCEP, not to mention through its lead in creating multilateral financial institutions like the Asian Infrastructure Investment Bank and Belt and Road Initiative. These new arrangements and organisations are seen as less ‘Western centric’ and impose fewer conditions while being more sensitive to the ideological diversity of recipients and members.

The problems of coherence and divided interests can be mitigated if competing multilateral institutions channel efforts into common goals, particularly in addressing threats to global public goods like health, environmental and food security.

For instance, in tackling the COVID-19 pandemic, global and regional institutions are both important actors, providing assistance, resources and expertise to countries struggling to contain the virus.

As the largest economy in Asia, China has filled the supply gaps caused by vaccine nationalism by distributing vaccines to developing countries, which are acutely disadvantaged by export restrictions and limited vaccine supply. Thus, the capacity of multilateral institutions and networks, particularly those in Asia, presents a potential reservoir of resources that can be deployed to tackle a range of regional and global challenges.

The dynamics of a multipolar order are not limited to coalitions of the willing and the proliferation of plurilateral trade arrangements. The growing influence of big tech companies like Google and Facebook that have the capacity to change the rules of the game — especially given their dominance in the global markets and lack of regulatory frameworks — cannot be ignored.

Private foundations like the Bill and Melinda Gates Foundation have also contributed significantly to the fight against communicable diseases like tuberculosis, malaria and HIV/AIDS while spearheading research into COVID-19 vaccines and therapeutics. Similarly, civil society organisations are working both regionally and locally to help communities cope with natural disasters, which are increasing in frequency as a result of climate change and disproportionately affect vulnerable groups.

The complexity of the transnational issues confronting the world today underscores the growing interdependence of states and societies. These challenges are reshaping a multipolar order that is more diverse yet more connected, with a growing number of actors claiming influence over global governance. In such a world, regional institutions like ASEAN are important in fostering cooperation and promoting multilateralism. Civil society organisations and private actors also play a valuable role, together offering more pathways for development, peace and security.

An extended version of this article appears in the most recent edition of East Asia Forum Quarterly, ‘Reinventing global trade’, Vol. 13, No 2.