Dominic Ongwen: how the case of a former child soldier exposed weaknesses in international criminal law Guilt and innocence are rarely clear-cut, even in the most heinous of crimes

The recent appeal of Dominic Ongwen, former commander in the Lord’s Resistance Army (LRA), shines a light on the complexity of defence in international criminal law.

Ongwen was convicted of some of the most egregious crimes in international law: rape, sexual slavery, torture, recruitment of child soldiers, and various crimes against people living in camps for those internally displaced.

During his trial, Ongwen admitted that he had carried out the acts, but did not admit guilt. Instead, he relied upon two defences to argue for exoneration: mental disease and duress. Ongwen was abducted at around nine years old and recruited as a child soldier, before rising through the ranks of the LRA to the position of commander. He argued that his experience as a child soldier and the brutal regime of the LRA left him with no other choice than to comply with orders to commit war crimes and crimes against humanity.

The defences Ongwen used are part of the Rome Statute. The 2002 treaty sets out the law of the ICC, including which crimes can be prosecuted by the court. It also codifies the defences that can be used by the accused.

Ongwen is, and remains, the first defendant before the ICC to use any of the defences set out in the Rome Statute. This means it is the first time that the court has ever had to consider how duress and mental disease might apply.

The rejection of Ongwen’s appeal demonstrates that the bar for the defence of duress in respect of serious violations of international criminal law remains high, and potentially impossible to attain.

The inclusion of defences in the Rome Statute has long been contentious. Amnesty International, in its submissions to the drafters of the treaty, stated that allowing a duress defence for the most serious crimes imaginable was “inappropriate”, and that certain defences, such as superior orders, should be excluded entirely.

The final version of the Rome Statute set out six available defences: self-defence, mental disease or defect, duress, superior orders, intoxication and mistake. Each of the defences, if pleaded successfully, would result in exoneration of the accused. It is also possible for any of the defences to be considered in mitigation of punishment.

After Ongwen, we still know little about what a successful defence of duress might look like. Setting out the defences as complete justifications for action makes this task much harder. A more nuanced approach in the Rome Statute, including distinctions between full and partial defences, and factors which may be considered in mitigation of punishment, would improve the law.

Ongwen’s surrender in 2015 marked the end of a pursuit lasting almost a decade. Uganda referred the conflict with the LRA to the International Criminal Court in 2004. Ongwen’s arrest warrant was unsealed in 2005. But it was not until 2015, when he surrendered to authorities in the Central African Republic, that he could be transferred to The Hague to stand trial.

Ongwen’s appeal focused on the argument that the trial chamber committed errors in reasoning when considering his defence. Duress has several elements, but the chamber focused on one alone: a threat of death or serious body harm to the person on an imminent or continuing basis.

The court did not accept Ongwen’s argument that he had lived in a state of fear. Although the judges acknowledged that the threat of death or serious harm could extend beyond an immediate situation, the judgement stated that it would need to occur “reasonably soon”.

Witnesses testified that Ongwen was a “self-confident commander” who had disobeyed orders on a number of occasions. The appeals chamber concluded, as the trial chamber had done, that the weight of evidence in favour of his willing participation was too great to engage the defence of duress. 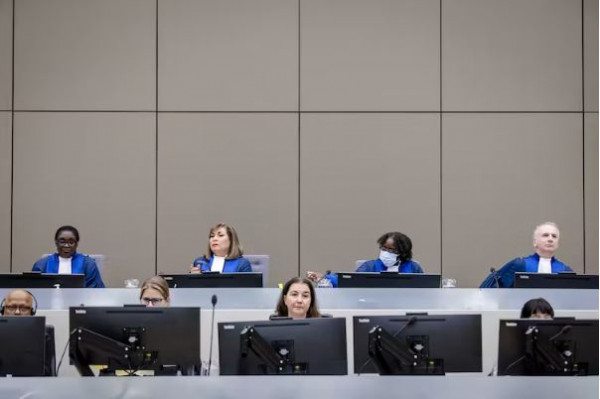 A partly dissenting opinion by Judge Luz del Carmen Ibáñez Carranza, however, suggested that Ongwen’s experience as a child soldier ought to have been considered in mitigation of punishment.

As a minority dissent, this had no effect on Ongwen’s sentence. But Ibáñez Carranza made a number of compelling points, including the idea that Ongwen’s background contributed to the situation of duress, and should therefore have an impact on his sentence.

The court’s rules of procedure and evidence note that duress could be considered in mitigation of punishment. But where there isn’t enough evidence to acquit the accused, the Rome Statute contains no reference to defences which might partially exonerate someone. Partial defences are often used at the domestic level, such as provocation in Scots law. They allow for the court to reduce the sentence imposed on the convicted person, on the grounds of lesser culpability.

A partial defence could, in theory, reduce the sentence of the accused to demonstrate lesser guilt in circumstances like Ongwen’s. If included explicitly, it could have provided a clearer path for Ongwen and a more rational approach to his defence, beyond an attempt to justify his conduct.